Theodore "Ted" Beneke is the former president and owner of Beneke Fabricators, a company he inherited from his father. He was the former boss and affair partner of Skyler White.

Ted is a divorcee with twin daughters. He took over his family's business at some point during his adult years and developed a close bond with his employees. Ted harbored feelings for Skyler White during her brief stint at the company when she was young, and eventually made a drunken pass at her (for which he later apologized profusely). Skyler left the company soon afterward, but Ted's feelings for her remained intact for years.

As Beneke Fabricators began a financial downward decline, Ted resorted to committing major fraud in order to keep the company alive, by cooking the books.

Ted gave Skyler her old job back as their primary bookkeeper after she burst into his office against the wishes of his secretary. ("Negro y Azul").

Working late one night, a teary-eyed Skyler confesses to Ted that she feels guilty for not being more upbeat after receiving the good news about Walter White's cancer remission. "Being that rock" for one's family "takes everything you've got," Ted tells her, putting his hand on hers ("Over").

A few days later at his birthday party, Ted requests that Skyler perform her sultry rendition of Marilyn Monroe's "Happy Birthday, Mr. President" in front of their co-workers. Though reluctant at first, Skyler relents, finishing the ditty by kissing Ted on the cheek.

After Skyler discovers some accounting irregularities, she consults Ted, who admits to committing major fraud to keep the company alive. She says she won't turn him in, but adds, "I can't be a part of it." Despite her disavowal, she returns to work the next day. When she goes into labor and Walt doesn't respond to her calls and texts, Ted accompanies her to the hospital and witnesses the birth of her daughter, Holly White.

Ted continued for days to have Skyler's assistance in cooking the books. When she attempts to make a move on him in the break room, following the discovery of Walter being a meth dealer, he acts on his feelings for her and the two begin an affair. His attempts in convincing her to move in with him ultimately proved unsuccessful.

After Skyler comes clean to Walter White concerning her current relationship to Ted, Walt becomes enraged and unsuccessfully attempts to confront Ted at Beneke Fabricators ("I.F.T.",  "Green Light"). Their affair comes to an abrupt end when Skyler spends most of her time supporting Marie in the hospital following Hank Schrader's shooting ("Kafkaesque"). She never returns to work for Beneke Fabricators.

The IRS catches up with the irregularities in the Beneke Fabricators books, which not only threatens to bankrupt Ted but could also send him to prison. He tries to get help from Skyler, who now runs the car wash, but she refuses. When Ted meets with the IRS, Skyler unexpectedly shows up dressed provocatively. She preforms a ruse that makes the IRS agent conclude that Ted's bookkeeping problems are due to her ignorance. Ted is saved from jail assuming he pays $617,000 in back taxes and fines, which is more money than he has ("Bug").

Miraculously, Ted is called to Saul Goodman's office, where he is presented with a windfall from his "Great Aunt Birgid's" Luxembourg estate, of which Mr. Beneke is the sole remaining heir. Ted doesn't recognize the name, but  is amazed to have some good news for a change; when Saul produces the figure of $621,552.33, he signals his acquiescence with a bemused "Wow!" Ted then proceeds to take the money and immediately lease a new, expensive Mercedes and make preparations to reopen Beneke Fabricators. Unknown to him, the money is actually from Skyler and is meant for paying his IRS debt ("Salud").

When Skyler tells him that she was the source of the money (she uses the Walt gambling story), Ted tries to return the money supposedly because it's the right thing to do, but possibly because he's blackmailing Skyler for an even greater sum when he openly claims settling the debt will not prevent him from going bankrupt ("Crawl Space"). Skyler contacts Saul for help, who sends his "A-Team", Huell Babineaux and Patrick Kuby, to Ted's home to force him to sign the check for the IRS and then keep him company at home for a few days until the check clears. Panicked, Ted runs past Huell in an effort to escape from the house, but trips on an area rug, crashing headfirst into a piece of furniture. It appears that he may have broken his neck, but as of the end of the episode, his status is unconfirmed. Later in the episode Walter returns to Saul Goodman's office, where Huell and Kuby are already present. Upon seeing Walter, Saul exclaims "How the hell did you find out so quickly?" implying that Ted may be dead or severely injured ("Crawl Space").

Saul Goodman stops by the A1A Car Wash to tell Skyler White that there's something wrong with Ted. Skyler - who doesn't know about his earlier accident - first assumes that he has died, upon which Saul explains that Ted has actually woken up from his coma. Skyler visits Ted at the hospital and finds him in very poor health due to his severe neck injury. He promises her that he will not say a word of what has happened to him to anybody. ("Live Free or Die")

Ted is laid-back, sincere, and very charming - he appears to have not wished to do anything criminal, but merely wished to protect his father's business and its employees. Failing to understand the gravity of his situation, he believes that, if people understood his supposed lack of agency in the matter, they might be willing to look the other way. Ted proves to be very supportive to Skyler, being nonjudgmental and lending a sympathetic ear when she was going through marital troubles with Walt.

During the IRS tax fraud incident, he insisted to Skyler that he would pay the money back just as soon as he got back on his feet, but this may have simply been lies to get her to stop bothering him about it, as is evidenced when he tries to start up the business again and leases a new Mercedes (a 2009 SL550, worth $100,675 at the time[1]). Despite Skyler's best attempts to help Ted pay off his debt, he remained stubborn and refused to pay as settling the debt would not prevent him from going bankrupt and even seemed to try and blackmail Skyler for an even greater sum to solve all his problems. Eventually his greed and stubbornness resulted in him becoming permanently disabled.

In spite of this, Ted may not entirely be bad person and it is possible that his actions were partly driven by his desire to not ruin the lives of his two daughters whom he appears to care about deeply and also the lives of his employees whom he considered to be like family to him. 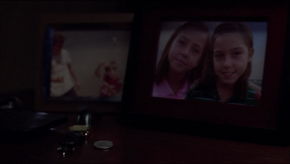 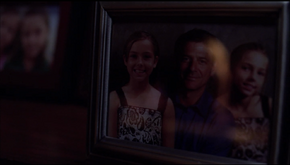 Ted and his daughters
Add a photo to this gallery

Retrieved from "https://breakingbad.fandom.com/wiki/Ted_Beneke?oldid=109416"
Community content is available under CC-BY-SA unless otherwise noted.