This article is about the song. For the episode, see Negro y Azul.

"Negro Y Azul: The Ballad of Heisenberg" is a Narcocorrido song performed by Los Cuates de Sinaloa that tells the story of a "gringo boss" named "Heisenberg" and his infamous "blue meth", which has crossed the border into Mexico.

The words "negro y azul" translate to "black and blue", which refer to the colors skin turns when bruised and the colors of Heisenberg (black) and his product Blue Sky. It is featured in the teaser of the episode of the same name. 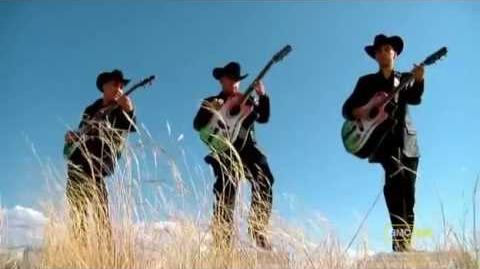